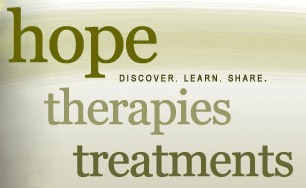 You may have noticed some additions and changes to the Stem Cell Research Facts web site. You’ve already discovered our new blog here, and we’ve recently updated our Facebook page and Twitter account. We’ve been producing short films and sharing adult stem cell success stories from around the U.S. for the last few years. And along the way, we have connected with many of your through stemcellresearchfacts.org. You have inspired us with your questions, your struggles and your stories of hope. We’re excited to announce that we now have a way to share those stories with the world.

This blog will be a key part of the growing social media community that we’re building.   We launched stemcellresearchfacts.org in 2009 in an effort to share some of the amazing success stories of adult stem cell research.. If you want to post a comment or reply to a blog post, that’s great.  Visit our Facebook page or Twitter account and let us know what’s on your mind.  Or you can visit stemcellresearchfacts.org and click on the ‘Share Stories’ button to send us your thoughts. With your permission, we will publish those comments here in the blog…which automatically updates our Facebook and Twitter accounts.

Just to give you a little taste of some of the messages we’ve received in the past months, here are a few comments from the email archive:

In July of 2007,  I was diagnosed with “Multiple Myeloma”(a malignant condition of the plasma cells, that causes fractures). I had a fracture/a tumor at my Sternum and a fracture at T-5 vertebrae. I went thru 10 treatments of radiation and the tumor was dissolved. I was on 2 oral medication and started on an IV drip, once a month.

I experienced congestive (enlarging) heart failure March 2007.  My heart’s pumping ability (EF) dropped from mid 50’s to a low of 19% late April 2008.  After having my first adult stem cell treatment off shore my EF has risen to 33% as measured in January 2009.

I had my second treatment in December 2009 consisting of bone marrow transplant into the inner wall of my heart.  This was a non-invasive procedure taking less than 3 hours to complete.  Clinical results have been more energy my first ECHO test will be March 18, 2010.
UPDATE:

I have had much improvement since my email, dated March 2010.  Good news is my treatments revealed an electrical imbalance between the pacing of the two heart chambers.  This condition resulting in my having a new pacemaker installed in June 2010 (CRT-D) this device together with my two previous adult stem cell treatments gave me a reducing pump chamber has given me energy to provide 24/7 care giving to my wife of 53 years for two years ending December 2, 2011, when she died.  My age is 75, play golf and performed general contractor duties while building a new log home in 2011.

I had adult stem cell therapy the end of Sept. for cardiomyopathy and congestive heart failure.  My EF went from 20 before therapy to 30 in a months time. (EF is my ejection fraction which is how they measure how the heart is working) I have begun living and not just watching life go by.  I am doing wonderful….

I can’t say enough good about all of it.  My congestive heart failure use to wake me up during the night.  I slept with four pillows and would wake up choking and coughing.  When I got up in the morning until my water pills took enough of my fluid I would cough and choke.    I now sleep with two pillows and wake up only to go to the bathroom at night.  I now start each day exercising for 1/2 an hour.

I had a lot of help from family, friends and complete strangers.  I am very blessed. Adult stem cell has given me a life.
sincerely,
LouAnn (healing heart)

2 responses to “Stories from You!”

Journey of Hope – Dave Kurtz Overcomes Scleroderma and Sails Away

The Allison Carr Story: ‘If I’m gonna die, I’m gonna do it fighting’.